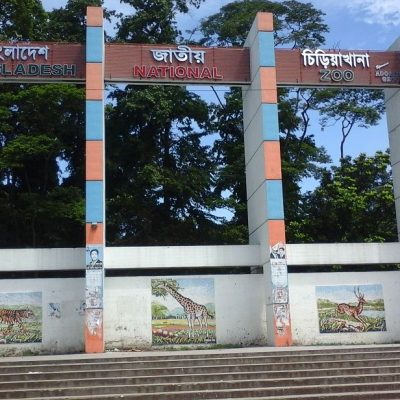 The Bangladesh National Zoo, which is about 75 hectares in size, has the world’s famous Royal Bengal Tiger, but there are 211 species of 211 domestic and foreign species. Among them are Chitra Deer, Monkey, Nilgai, Lion, Aquarius, Gondar, Bear, Lion, Crocodile, Zebra, Flamingo, Cannibal, Pankuri and Fishing. And there are about 240 species of stuffed animals in the zoo. Besides, there are two lakes covering 13 hectares of land in Bangladesh National Zoo.

For anyone over two years, the ticket price to enter Maine Gate is Tk 30. Ticket price to enter the Joe Museum is 5 bucks. No tickets are required for children under two. In addition, admission tickets for half the school, college and university students are half. In that case the ID card of your educational institution should be shown.