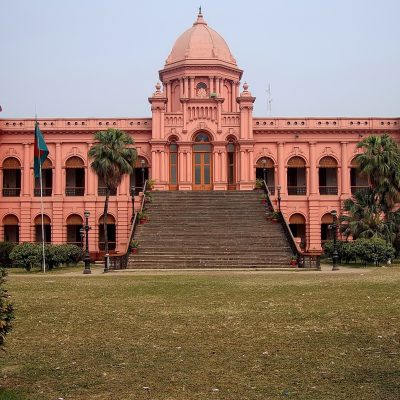 Ahsan Manzil is considered to be one of the most noteworthy architectural monuments in Bangladesh. This magnificent building is situated on the banks of the Buriganga River that flows beside Dhaka, the capital city of Bangladesh. Ahsan Manzil was previously the official palace of the Dhaka Nawab family and is currently a museum preserving the culture and history of the area.