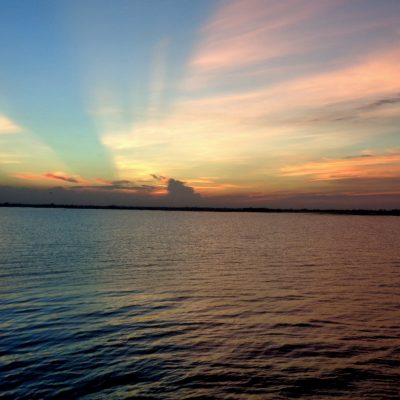 Chalan Bill is a wetland area of the river based country Bangladesh, this is the largest beel of the country. Bangladesh is enriched with lot of rivers and wetlands, where the bill is the biggest. In the rainy season, the beel covers an area of 368 square km. The beel covers four districts which are Rajshahi, Pabna, Sirajganj and Natore. The beel lies between Singra upazilla of Natore and the river Gumani. The southeastern extremity of the Chalan beel is at Astamanisha in Pabna district which is close to Nunnagar. There the Gumani and the baral meet. The greatest breadth of the beel is about 13 km from Tarash, near to the bank of Gumani. Its greatest length is about 24 km from Singra to Kachikata on the Gumani.

The large proportion of silt carried by its rivers is the most important factor in river history. Lands of Bengal are being fertile by the amount of silt carried by the rivers. Undoubtedly this is the best gift of the nature. Silt deposited in the rivers forced them to change course and creating problems for abandoned areas.

Why the vast wetland is called Beel is a matter of mystery. It is believed that, the Chalan Beel had no existence about 2000 years ago. The Beel could be a part of Bay of Bengal. The sea moved to the south in a natural way and Chalan Beel keeps the trace of the sea.

The main amount of water from the Ganges River started flowing through Padma channel in sixteenth century and those helped building up the southern portion of north Bengal. The Teesta was active in the region until 1787, the territory lies in between the land raised in the north and that in the south by the Padma.

There is another explanation also for the creation of depression. The mighty Padma has been changing its course over centuries. The channel was changed in the previous map of Bengal. At that time, the Jamuna was nonexistent and the Brahmaputra ran over the old channel. Hence the Chalan beel create dits own channel.

It refers to the lowland located in the Atrai besin which is basically lowland. Several Beels are interconnected to one another through different channels. The Chalan Beel is consisted of 16 rivers, 39 smaller beels and 22 canals and countless ponds. The ‘Beel’ is hardly static, probably that’s why locals call it chalan or moving Beel.

The Chalan Beel becomes an expensive water body in the monsoon season. Locals call it as the heaven of fishes as vast amount of fishes could be found here. Huge amount of fishes used to be caught from the beel and peoples called it for the reason. From the place, fishes shipped to different regions. The locals are highly dependent on the fishes of Chalan Beel today. The Chalan Beel is a natural abode of various kinds of fish including pabda, koi, rui, chanda, katla, boal, shing, chital, puti, magur, shoal, gojar, bain, tengra, tatkini, taki, bheda, etc.

I the time of Mughal and Pathan emperors, the king with their acquaintances used to visit the Chalan Beel with their luxury boats. To pass their leisure time, they used to visit through boats. Now the days have changed, people from all over the country go there to explore the immense beauty of the wetland of Bengal, to find out the amazing and stunning beauty of Bangladesh. In the winter season, lots of migratory birds come to Chalan Beel, so in winter you can find the beauty of lives with the majestic waves and the ripple of water in the Chalan Beel. The vastness of this wetland is enough to carry out your tensions and to give you a new way of peacefulness and calmness.

Chalan Beel is reachable through many ways as the vast beel has touched many areas. An easy way is to reaching Natore which is 197 km from Dhaka. You can move there by Bus, Train or Private Transport. You can use local transpost loke CNG or auto rickshaw to reach Chalan Beel. You can hire boat from the beel.

You can reach to kachhikata in Sirajganj from Dhaka. From there you can visit Cahaln Beel hiring a boat also. Besides you can visit the Beel via Chatmohor in Pabna district or Bhangura in Faridpur.