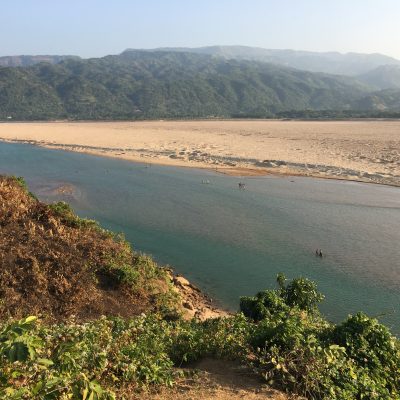 To go to see the Jadukata river, one must first come to Sunamganj. Every day, the bus carrying Mamun and Shyamli from Syedabad bus stand in Dhaka leaves directly for Sunamganj and it leaves from Mohakhali. On these buses, it takes Tk 550 per person to travel to N/AC and it takes about six hours to reach Sunamganj.

Then rent a CNG or motorcycle from Sunamganj bus stand and go to see the Jadukata River on the Loud. Renting a motorcycle will be like tk 200-250. Two people can be picked up on one motorcycle. Get up on the Barika Tila to see the most beautiful view of the Jadukata river. What you see will be an explosion to your eyes.

However, it is best to go to Takerghat after seeing Tanguar haor and return to Sunamganj after seeing Nimdri Lake and Shimul Garden and Jadukata River. As it will be cost-effective, you can travel to your favorite places in a short time.