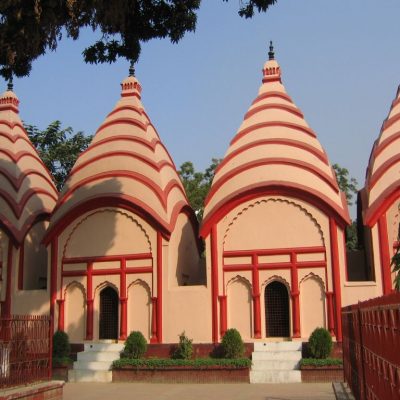 Dhakeshwari, meaning’ Goddess of Dhaka’ is the primary Hindu temple in Bangladesh. In the year 1966 it began to be called Dhakeshwari Jatiya Mandir, the result of a campaign by Bangladeshi Hindu groups who had been demanding official recognition following the declaration of Islam as the state religion in 1988. It is state-owned, giving it the distinction of being Bangladesh’s National Temple

Maa Satoshi worship on Friday at 10am, Saturn worship at 6pm on Saturday, Kirtan Hari service on Sunday from 5pm to 9pm, Shiva worship on Monday evening from 7pm to 9pm, and on Tuesdays, Wednesdays and Thursdays from 7pm. Durga Mother is offered till 9pm. Also at 7 pm, Durga Mara worship is performed and Aarti. If you ever want to visit this place just keep this time table in mind for your convenience

From any part of Dhaka city, you can come to Shahbag or Dhaka University area and rent a rickshaw or CNG and go to Dhakeswari Temple.